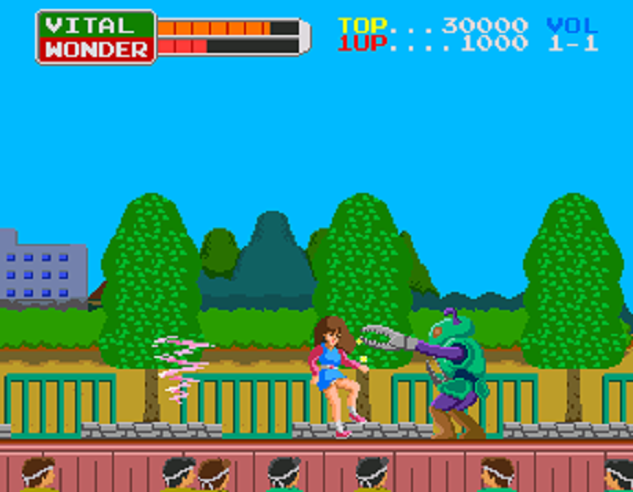 Hamster has revealed Wonder Momo as the next game to be landing on the eShop under the Arcade Archives label. Here is some more information about the game from the International Arcade Museum.

Wonder Momo was originally developed by Namco in 1987. The game is a 2D beat ’em up in which you take control of Momo, the star of a superheroine stage show. Your objective is to defeat all the monsters and aliens on the stage using an array of acrobatic attacks, with the added ability to transform into Momo’s superheroine persona. It is a single player game but does feature an alternating turn two-player mode.