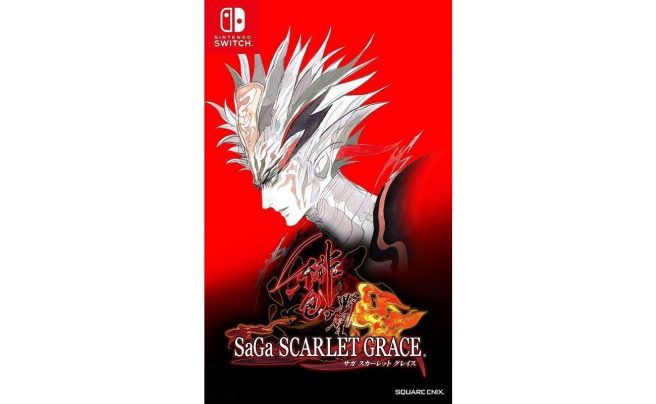 For the first time, SaGa Scarlet Grace Ambitions is getting a physical edition on Switch with English support.

H2 Interactive and Arc System Works will be releasing this new version in Asia in just a few weeks. Other than English, it will also support Traditional Chinese, Korean, and Japanese.

Remember that Switch is a region-free console. That means any person can import a copy of this game and play through it on their system without any issues.

Here’s a bit of information about SaGa Scarlet Grace Ambitions:

The Firebringer, a fallen god and bane of humanity, has wrought havoc on the world since his exile. Mankind constructed an Empire with a singular purpose: engage the Firebringer and his fiends in battle to defend humanity. After a millennia of fighting, the Firebringer has finally been defeated, and the Empire is left without purpose, spurring rebellion.

• Follow the journey of Urpina, Taria, Balmaint, and Leonard as they call on their might and set out to carve a new future.

• Travel the world and engage in events in any order, or skip them entirely if you wish; your decisions affect the development of your story.

• Take charge and shape your own adventure with ultimate freedom of choice.

• Create a team of up to five capable fighters and engage in strategic turn-based combat, selecting from 9 weapon varieties. The composition of your group affects your abilities and impacts your tactics. The choices you make will define your legacy!