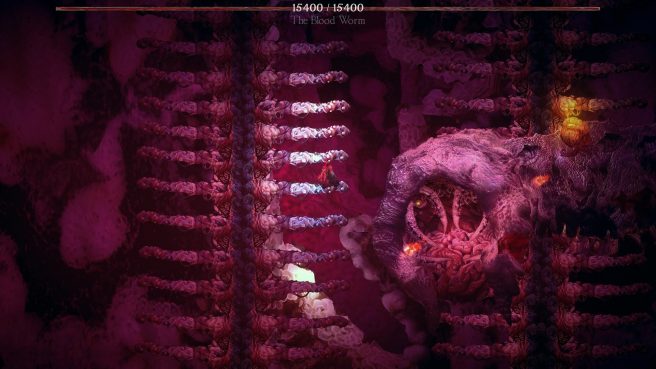 It’s been nearly two years since Source of Madness was announced for Switch, but we finally have a release date. Publisher Thunderful and developer Carry Castle announced today that the game will arrive on May 11, 2022.

Source of Madness was first revealed in June 2020. The title is “a side-scrolling dark action roguelite set in a twisted Lovecraftian inspired world powered by procedural generation and AI machine learning.”

More information can be found below.

Source of Madness is a side-scrolling dark action roguelite set in the Loam Lands, a twisted Lovecraftian inspired world powered by procedural generation and AI machine learning. Take on the role of a new Acolyte as they embark on a nightmarish odyssey. Uncover the cosmic secrets of the Loam Lands and The Tower of Madness, the moon’s mysterious Citadel.

The horrific monsters you face are never the same, concocted with procedural generation and animated using a neural network AI

Rendered in a beautiful AI assisted art style, the fascinating world of the Loam Lands reveals a deep arcane lore as players uncover its many secrets

Other than the release date news, we have a new trailer for Source of Madness. Get a look at it below.

Source of Madness will launch digitally on Switch as an eShop download.