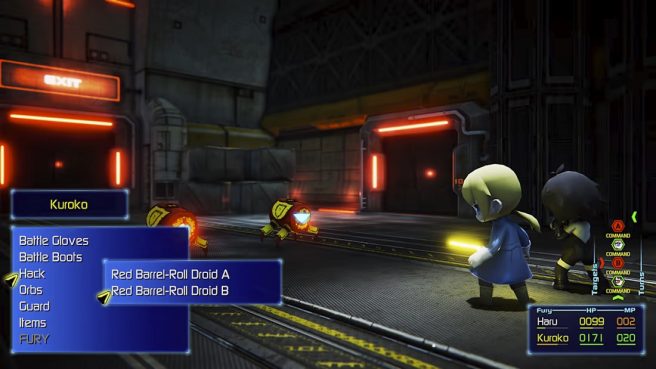 Light Fairytale Episode 1 will be appearing on Switch this month, neko.works announced today. The Japanese-style RPG has a release date of April 28, 2022.

More information can be found in the following overview:

Light Fairytale is a turn-based Japanese-style RPG series set in a dying underground world ruled by an evil empire.

The goal of this project is to bring back the immersion and emotion of 90’s era JRPGs on current platforms with the expected evolution in both design and technique.

Episode 1 is the start of the adventure. Play as Haru and his childhood friend Kuroko as they fight a dark empire in the underground ‘Lower City’.

Haru
A bit lazy and a lot naive, Haru nonetheless is a kind soul and knows how to handle himself if push comes to shove.

Kuroko
She might be short and cute (sometimes), but don’t let that fool you: Kuroko is exceedingly capable in battle and always willing to step up. She’s also fond of technology – maaaybe a bit too much so.

Notes about the Light Fairytale series
Each episode is a standalone game, approximately 2 to 3 hours long for a first play-through, double it for a full completion of all the achievements and secrets.

Get a look at a trailer for Light Fairytale Episode 1 below.

Light Fairytale Episode 1 will cost $9.99 on the Switch eShop. By pre-ordering, the price will drop slightly to $8.99.

Light Fairytale Episode 1 originally came out in 2019. The second episode followed in 2021, though it’s unclear when it will be ready to go on Switch.