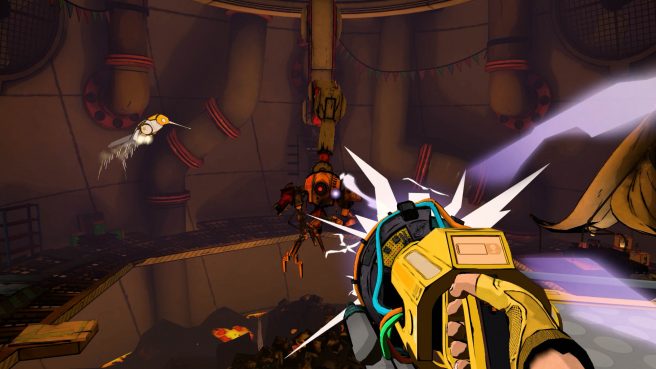 For those that missed our previous coverage, The Last Worker is a first-person narrative adventure that focuses on “our struggle in an increasingly automated world.” It offers a hand-crafted art style that “delivers an emotional, thought provoking and comedic story packaged with rich characters performed by an all-star cast.”

The Last Worker has also received a new trailer highlighting the casting news for Zelda Williams and Tommie Earl Jenkins, and fans can hear Zelda’s voice in the game. Today’s video can be found below.

The Last Worker arrives on Switch later in 2022. Those attending PAX East in Boston this weekend can go hands-on with the game by visiting the Wired Productions booth at 14030.