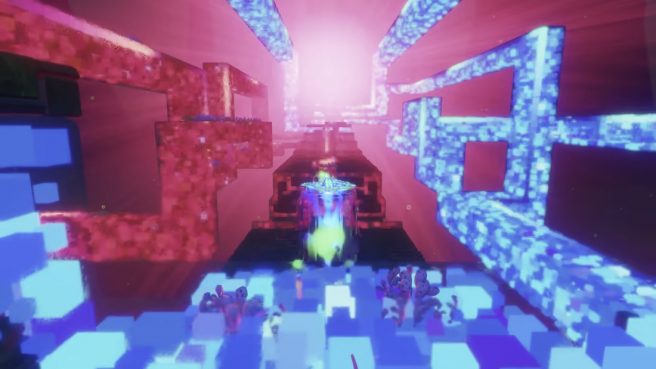 For more on Lumote: The Mastermote Chronicles, read the following overview:

Lumote: The Mastermote Chronicles sees players squish, bop and bounce through the Great Depths – an aquatic world filled with Motes; bioluminescent creatures who spend their lives deep in the Bioverse, living on the rhythms of an electronica soundscape.

– Seafoam Moocher Squish, bop, and bounce through the world around you. Lumote is extremely curious, highly inquisitive, and adorable!
– That’s one big world! The world of Lumote is a single massive environment with numerous puzzles separated into towers. Each tower marks your mastery of a specific Mote and unlocks a new set of puzzles to explore.
Solve intricate puzzles Set in a 3D puzzle adventure, clever and logical level design ease players in whilst increasing the complexity with each Mote you meet.
– Gorgeous sounds A stunning score accompanies you, deep and trance-like that will take you on a majestical electronica soundscape journey.
– Luminated game engine Using the original rEngine, Lumote’s puzzles are all interconnected, and you can seamlessly go from one puzzle to the next as you progress.
– Expanding upon the early access PC prototype, Lumote: The Mastermote Chronicles adds a whole new world in which players take control of the Mastermote with 15 new head scratching puzzles, new gold collectable artefacts as well as general bug fixes and graphical improvements.

View the new trailer for Lumote: The Mastermote Chronicles below.

Lumote: The Mastermote Chronicles is out now on the Switch eShop.